According to practitioners of traditional Chinese medicine (TCM), acupuncture has a myriad of useful applications. It not only relieves pain by painfully pricking a person with needles, but it can repair every ailment and disorder imaginable, from hair loss to infertility to flatulence, as well as recently invented ones, such as restless leg syndrome. One of the newest applications is the acupuncture facelift, which is a less expensive version of the traditional facelift where skillful reconstructive surgeons reshape your bank account.

Like other TCM’s, acupuncture is based on reliable, time-tested ancient Chinese wisdom, like the practice of protecting buildings and homes by framing entrances with pictures or names of early door gods, like Shen Tu & Yu Lei who kept dangerous animals and evil spirits away.

Acupuncture is the medical art of sticking human hair-sized needles into human (and animal) skin at specific points on the body to cure diseases, relieve pain, and stimulate the central nervous system, which is quite logical if you really don’t stop and think about it. In fact, this primitive, fanciful procedure was developed before ancient physicians actually understood the concepts behind diseases, pain, and little rubber hammers.

According to facial rejuvenation acupuncturists, puncturing the human skin with tiny needles can eradicate wrinkles, deflate puffiness, firm up the skin, and erase blemishes and discoloration, which will give the patient the illusion of traveling back in time. What’s the theory behind this procedure? Like evolution, it’s only a theory, but it goes something like this:

Whether trying to cure Tourette’s Syndrome or trying to lift a sagging fanny, the pseudoscience behind acupuncture is essentially the same. Just under the human skin are yet-to-be-discovered pathways called meridians, which are yet-to-be-reproduced in any standard anatomy text. Luckily for acupuncturists, these channels, which supposedly nourish the body’s organs, are slightly below the skin. Any deeper, let’s say like bee-sting depth, and return customers would be as rare as polka-dot houses.

How do acupuncturists know such avenues exist inside the human body? Because ancient Chinese philosophers and physicians, who believed that numbers were magical and dragons controlled the weather, said so. That’s right. After years of unscientific testing, conducted by poking and stabbing and sticking needles into every available plot of human skin and studying the results, the “researchers” eventually created an acupuncture energy chart.

This Rand-McNally-like, human-shaped road map offers a pictorial representation of specific meridians and acupoints within and on the human body. Originally, 365 acupoints were identified, one for each day of the year, and 366 during leap years. Today’s revised charts identify up to 2,000 acupoints, which can be partly attributable to inflation and partly to the fact that human bodies are expanding.

Within these make-believe channels flows an undiscovered substance called qi (pronounced “chee” as in Chia Pet), which is some undefined form of energetic energy. Traditional Chinese medicine claims that almost every disorder affecting mankind “including sagging jowls, multiple chins, and facial wrinkles and lines” are caused by blockage of qi in some way or another, which in turn disrupts the mysterious yin and yang (coincidentally, also a personal injury law firm) balance that’s required for a healthy body. In other words, when yin and yang are not in sync, well, imagine an elephant hopping onto the high end of a teeter-totter with a chipmunk sitting on the low end.

Without the free flow of qi – along with body fluids, blood, and beer – through the meridian, there’s no end to the havoc that can ensue, such as pimples. In other words, either the “pipes” need to be unclogged or, alternatively, some kind of bypass system, like a “bridge” over the river qi, needs to be constructed. And since there’s no TCM mechanism for the latter, it’s much easier and more practical to simply clear the channels.

Purportedly, elimination of these obstructions is accomplished by inserting fine, sterile, stainless-steel needles into the skin at various “acupoints” and depths. How meridians are cleared by sticking needles perpendicularly into them is beyond my knowledge. A reasonable person might think that, instead of unblocking anything, if a slew of needles are poked into a conduit flowing with energy, it might start leaking qi like a soaker hose, but then again, I’m not up on my ancient Chinese wisdom.

It’s true that faces, as well as bodies, naturally get beat up over time by the aging process, the weather, eating habits, stress, smiling excessively and road-rage confrontations. As humans approach their expiration dates, science tells us that for scientifically sound physiological reasons, the outer skin layer (epidermis) and the dermis thin out, liver spots appear, the skin’s strength and elasticity weaken, the skin dries up, and blemishes multiply. This happens most commonly during the lifecycle phase referred to as “the golden years.”

Those who believe these changes are caused by natural aging processes would be considered uniformed and boneheaded by traditional Chinese medicine practitioners. According to acupuncture theorists, the fault lies with qi deficiency. Acupuncture facial rejuvenation, or the acupuncture “lift,” is meant to reverse this unnatural aging process by treating the patient like a pincushion. Surprisingly, even though Chinese medicine is considered an anti-aging medicine, life expectancy is currently higher in U.S. than China. Go figure.

Until recently, the only available sources for facial rejuvenation have been dermatologists, plastic surgeons, or Suzanne Somers. However, with the advent of this TCM alternative, the simple insertion of needles in the body and face in up to 70 different acupoints (colorfully illustrated on the human-shaped acupuncture chart) can result in a perma-pressed patient.

Since most TCM’s rely on traditional unscientific methods, facial renovation doesn’t necessarily require that every needle needs to be inserted where you might think they could do the most good: the face. External manifestations of aging may actually be caused by imbalances in other body organs, such as the spleen or liver. Therefore, inserting additional needles in the neighborhood of the spleen or liver or other organs can ensure that, while you’re being restored to a former self, you can also use the occasion to hire yourself out as a voodoo doll.

What’s the reason for this newest treatment for facial rejuvenation? Besides the general decline in overall critical thinking skills and scarcity of the skepticism gene, cost is a major factor. Surgical facelifts can set a patient back anywhere from $10,000 to as high as a yearly cable-television bill. Although Botox injections are a cheaper alternative, its effects are limited, and anyway, most people cringe at the idea of having their faces stabbed by needles. On the other hand, cosmetic acupuncture costs about one-quarter of the surgical alternative, which leaves extra money for psychic readings, recovered memory sessions, and a tank of gas.

Besides cost, another appealing feature is that cosmetic acupuncture doesn’t involve yucky surgical techniques, such as incisions, acid peels, shots, stitches, or scars that need to be hidden by unnatural-looking hairdos. Also, sessions are brief (ten 45-60 minute sessions for up to 16 weeks), recovery time is quick, and side effects are minimal; in only a few hours or days, the dartboard appearance clears up. With periodic refresher sessions, the illusion can last from 3-5 years.

Acupuncture beautification claims are actually quite amazing: body-fluid circulation increases, facial skin and muscles snap back to attention, cracks are filled in, extraneous chins are eliminated, skin is cleared, and eyes are brightened – everything but teeth whitening and nose-hair trimming.

As an added benefit, reconstructive acupuncturists promise not only a facial makeover once the meridians are opened up, but also a complete body renovation. With each successive acupuncture therapy, patients have reported that their energy levels increased, they slept more soundly, they digested food better, and they hit more homeruns.

What proof is there that facial rejuvenation acupuncture works? As is usual with any pseudoscience, it’s difficult to evaluate when you???re relying on imaginary evidence. After all, acupoints are arbitrary, and meridians and qi are harder to find than Bigfoot hair samples. So-called clinical trials and studies have been poorly designed, probably on purpose. Most available evidence is generally based on acupuncturists’ assurances and claims, anecdotal evidence, testimonials from patients who are only identified by their initials, and the reliability of the patient’s self-delusion perception.

As is often the case with most TCM’s, cosmetic acupuncture is touted as a complimentary treatment, meaning it’s usually supplemented with creams, minerals and vitamins, spa treatments, lifestyle recommendations, dietary suggestions, upbeat attitudes and sunny dispositions. If there’s any perceptible, positive outcome at all, what or who gets the credit? The needles, the mud pack, the facial swelling after the trauma of dozens of needles, new lighting, the money that may otherwise have been wasted?

The likeliest candidate, of course, is the placebo effect, in which the patient is under the illusion that the treatment works. This phenomenon is the well documented psychological state that TCM practitioners depend on to pay the rent. If clients leave feeling good about themselves, they will likely believe they look marvelous, that is, until an honest acquaintance over-estimates their age or a stranger mistakes them for Andy Rooney. Only then might a former acupuncture facelift advocate start searching the Yellow Pages for a licensed cosmetic surgeon or maybe a traditional Chinese medicine malpractice attorney.

As is true of almost every alternative medicine claim, the acupuncture facelift as an anti-aging procedure fails to live up to its promise under strict scientific scrutiny. On the other hand, as always I’m keeping an open mind. If there are any reconstructive acupuncturists out there who are familiar with the precise acupoints that will give me a full head of hair again and return my vision to 20-20 – results we can actually measure – contact me. Any takers?

Humorist Paul DesOrmeaux teaches writing at the Rochester Institute of Technology and Monroe Community College. His goal is to introduce skepticism to a broader audience by combining reason and science with humor/satire to expose myths, pseudoscience, fraudulent claims, and nonsensical ideas. 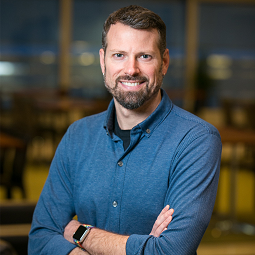