From sfgate.com: A New Living Expo treatment San Francisco Chronicle reporter Steve Rubenstein gets the tone perfectly right in his review of the New Living Expo taking place in San Francisco this week. He points out the unlikeliness of any of the cures actually being efficacious -- though definitely beneficial to the bank accounts of the purveyors. "A whole wonderful building full of miracles. Major credit cards accepted." http://www.sfgate.com/cgi-bin/article.cgi?f=/c/a/2010/05/12/DDLE1DAK3U.DTL
Genie's Blog Add new comment Read More

Oh, Apartment Therapy, your credulousness is the gift that keeps on giving (specifically, giving me things to write about in blog posts). This time, someone discovered an article that says, oh my god, agave nectar is not a magical health food: it is actually sugar! And just as bad for you as some other types of sugar, like, for example, sugar. Or even, maybe, high fructose corn syrup, which we all know is basically heroin because it will addict you and then kill you. This basically shot the puppy of some of the commenters, who had been so sure that agave syrup -- I refuse to call something nectar unless it is actually flower juice -- was super healthy.

UGH! Seriously? I may be pouring mine down the drain. I just bought a HUGE bottle when it was on sale at whole foods.

I'm shocked. I had no idea that agave was not healthy for you. Like spookiefish, I feel somewhat betrayed. I stopped buying it because it was so expensive. Now I have another key reason to not buy it again i

Readers of stories about Berkeley Unified School District considering scrapping before and after school science laboratories should not misconstrue these deliberations as anti-science activities. As with almost everything else, we can't understand the present unless we understand the history. For many years, science education at Berkeley High School took place in long, double period science classes, where students could benefit from integrated lecture and laboratory experiences, practice inquiry learning, etc. These double period classes, however created problems in scheduling classes in non-science subjects that didn't require double periods, as well as some other problems with staffing. In 2002 - 03, double-periods were abandoned; BHS was reorganized into a 6-period day with standard-length classes. According to the recollection of a person we spoke to in the administration at BUSD, the before and after school science labs were added approximately at the time the district moved away from the double period science classes. It is these laboratories--scheduled outside of the regular school day--that are being considered for elimination. All science laboratories will not be elimina
Genie's Blog Add new comment Read More 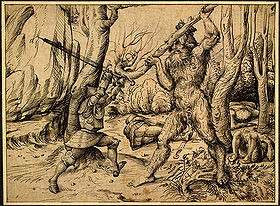 Skeptic Zone The Skeptic Zone is a site maintained by the Australian Skeptics. On Friday November 7, they posted a podcast recorded between Australian Skeptic president Richard Saunders and me. It was rather a lot of fun, since Richard is a good interviewer. Most of the discussion has to do with creationism and the problem with antievolutionism in the US (and elsewhere). You can listen to it or download it at http://www.skepticzone.tv/.
Genie's Blog Add new comment Read More

Submitted by Genie : 18:26 BASIS
For all of you who can't get enough skepticism, there is a new skeptic blog to set your RSS feed to. Called Skepticblog (natch), it can be found at http://skepticblog.org/. It is written by some familiar names from the skeptic world: Michael Shermer, Phil Plait, Steven Novella, Kirstin Sanford, Brian Dunning, Yau-Man Chan, Ryan Johnston, and Mark Edward.

Although Sacramento may not have the emotional appeal of San Francisco or Los Angeles in the minds of people when they think of California, it has symbolic significa 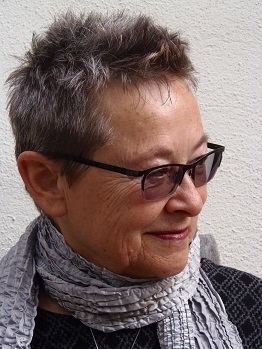