We have all seen the sensationalized treatment that UFOs have received on TV, even from “responsible” news organizations, with their exciting but unsubstantiated claims of dramatic UFO encounters. A refreshing change was the season opener for NOVA (actually a production of the BBC) telecast on PBS stations October 12 and 13.

This past February, John Groom, writer and producer of the show, was at my house to discuss approaches to the subject and sources of information, and at that time I became aware that he would not dish up just another piece of journalistic trash. I was not disappointed.

Not only were many of the most famous UFO incidents on record discussed and recreated, but, significantly, a special effort was made to seek out natural explanations wherever possible to account for the alleged UFOs sighted. Both UFO believers and skeptics appeared on the program, although the balance seemed to weigh in favor of skepticism, as I think must necessarily be the case when we faithfully adhere to the scientific method.

I would say that the show’s greatest weakness was not in excess belief of skepticism, but in a failure to be able to discern APPROPRIATE skeptical explanations. Not ALL prosaic explanations have equal merit. In my view, far too much time was spent on Dr. Persinger’s hypothesis that UFOs are somehow the result of “earthquake lights”, or balls of light supposedly caused by strains in the earth’s crust.

Persinger says that the many weak earthquakes in the U.K. cause luminous displays. Rubbish, I say; here in California we have weak earthquakes every few days, and in the Bay Area we would see UFOs nightly. If Persinger’s theory were true, UFOs would correlate with fault lines; we could go up in the Santa Cruz mountains, and photograph UFOs aplenty. Yet in fact, California does not lead the country in UFOs. Sorry, folks, but UFOs correlate with population, not with earthquakes.

Persinger even attributes the Travis Walton “UFO abduction” to the effects of these geological fuzzballs on poor Travis’s brain! Far more convincing was the finding of polygraph operator Jack McCarthy about Travis: “gross deception” — a finding that the “National Enquirer” and APRO tried to cover up, but that was brought to light by Philip J. Klass of CSICOP.

If you missed the show, try to catch it when it is rerun. We will also try to have a showing of it at a future BAS social gathering. 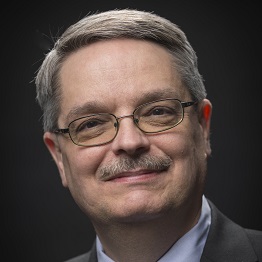 WHAT: The Debate about Dark Matter:  Is the Matter Settled?
The observable universe is made of stars and galaxies and gas. However, it is commonly held in the astronomy community that our universe is also made of an invisible substance called dark matter that is five times more common than ordinary matter.  However, dark matter has never been observed, and the evidence for its existence is still circumstantial.  In this talk, physicist Don Lincoln will give insights into the debate within the scientific community.  You will learn about the historical debate, the reasons dark matter is a currently favored theory, and an appreciation for why researchers continue to look into the question.

WHO: Don Lincoln, Ph.D.
Don Lincoln is a Senior Scientist at Fermilab, America’s leading particle physics laboratory. His was a member of the teams that discovered the top quark in 1995 and the Higgs boson in 2012.

Lincoln is also an avid popularizer of science. He has written several books for the public, most recently The Large Hadron Collider. He also writes for many online venues, like CNN, Scientific American, and many others. He appears frequently on the Fermilab YouTube channel and he has made several video courses available through The Great Courses company.