Submitted by Admin : 03:47 Psychics
By:
Michael McCarthy
[Ed. Note: Both Ken Bomben and Mike McCarthy did excellent analyses of Jeanne Borger's predictions. Although J.B. is not strictly Bay Area, she is widely known enough that an analysis seems instructive. Since we published Ken on the specifics, let's see the fine job Mike did on the methods.] It must be borne in mind that a large number of Ms. Borger's "predictions" are not easily checked, due to her careful phrasing, not to mention her cho
Admin's Blog Add new comment Read More

Submitted by Admin : 03:44 Acupuncture
By:
Paul DesOrmeaux
According to practitioners of traditional Chinese medicine (TCM), acupuncture has a myriad of useful applications. It not only relieves pain by painfully pricking a person with needles, but it can repair every ailment and disorder imaginable, from hair loss to infertility to flatulence, as well as recently invented ones, such as restless leg syndrome. One of the newest applications is the acupuncture facelift, which is a less expensive version of the traditional facelift where skil
Admin's Blog Add new comment Read More

Need a little help from our friends …

¿Want to put your Drupal

skills to good use? The Bay Area Skeptics Board wants a zippier web site with sliding banners and such. Leave a 'comment' and we will get back to you.

Report From SkeptiCal, the Northern California Science and Skepticism Conference

(The following is unabashedly stolen from The Center For Inquiry.)

The seventh SkeptiCal was held Sunday, May 15, 2016, at the Oakland, CA, Asian Cultural Center. I’ve attended all seven, each is unique and I always leave feeling that I’ve had a great experience. This is billed as the Northern California Science and Skepticism Conference, and as usual for this specific event, is heavy on the science. The speakers are varied enough to keep the audience interested as you will soon see. The hosts are the Bay Area Skeptics led by Eugenie Scott and Sacramento Area Skeptics, Frank Mosher.

I attend as many skeptic conferences as I can, and each one has its own “flavor” and style. SkeptiCal differs from others by being a no-frills event, but without you noticing that those frills are missing. Many of the speakers are working scientists talking about their...

...and our board president is giving a talk there!!!

Please welcome the Silicon Valley Skeptics to our extended community. They have a Meetup page HERE. If possible, attend the talk on December 4th by Dr. Eugenie Scott, board president of the Bay Area Skeptics.

What if 'Intelligent Design' Had Won? Reflecting on 10 Years Since Kitzmiller v. Dover

Ten years ago, the decision in Kitzmiller v Dover determined that

Intelligent Design was a form of creationism, and thus unconstitutional to advocate in public schools, but what if the decision had gone the other way? What would have been the legal, political, scientific, and educational fallout? Dr. Scott is president of the Bay Area Skeptics, and the former executive director of the National Center for Science Education, Inc., which was part of the plaintiff's legal team. 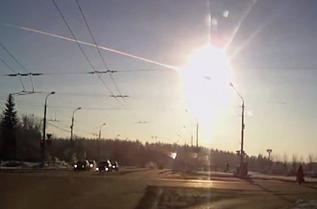 Here at NCSE, we maintain a subscription to Acts & Facts to remain informed of the ICR’s stance on various topics and as a reminder of what we face in defending science education. The May 2014 issue has an article by Dr. Jason Lisle—ICR's Director of Research—that is a case study in avoiding worry and shirking responsibility by donning blinders in adopting a human-centric view of the universe.

Dr. Lisle has been contributing a series of articles to

Sheldon Helms, a BAS Board Member, was featured at a gathering of the Atheist Alliance of San Francisco. The presentation title:
Gay Conversion Therapy: You Make Me Sick.

As our country deals the issues of Marriage Equality, gays in the military, and other forms of inclusion of gays and lesbians into mainstream society, and as Russia and others institute draconian laws limiting the rights of their gay and lesbian citizens, fringe religious and therapeutic organizations have operated mostly in the shadows, attempting to "convert" their homosexual clients to heterosexuality through a mixture of prayer and pseudoscience.

Helms describes the history of attempts to define homosexuality as an illness and to make gays go straight. He details such aspects as: the goals and viewpoints of those involved in Gay Conversion Therapy; their pseudoscientific and sometimes dangerous practices; and a description of the results of over 100 years of attempts to alter sexual orientation.

Some forms of Gay Conversion Therapy have been outlawed in California and New Jersey, and one of the primary institutions that

Skeptics Toolbox LogoIf you have never attended a Skeptics Toolbox, or if you have, now is the time to register for the summer 2012 course. These courses, sponsored by the Committee for Skeptical Inquiry, are held in Eugene Oregon every summer, and include discussions and workshops led by expert skeptical investigators. Check out the website for further information. http://www.skepticstoolbox.org/ Being on the west coast has its advantages!
Admin's Blog Add new comment Read More 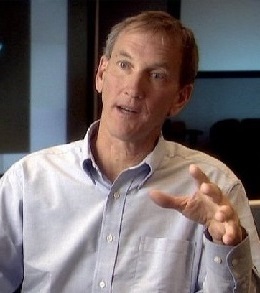