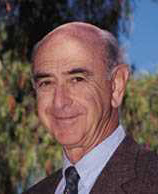 A staunch supporter of science-based medicine and a founding member of Bay Area Skeptics, Dr. Sampson, an oncologist, became interested in pseudo-science in 1972 when he became aware of cancer patients turning to Laetrile for treatment. He became an expert on dissecting false medical claims such as homeopathy, acupuncture, chelation therapy, chiropractic, acupuncture, and traditional Chinese medicine. Wally was a prominent and highly respected defender of science in health care education and practice, and is considered a mentor by many well-known skeptics working to combat medical pseudoscience, including Harriet Hall, David Gorsky, and Steve Novella. His article “Why the National Center for Complementary and Alternative Medicine (NCCAM) Should be Defunded”, written in 2003, is as relevant today as then (http://www.quackwatch.org/01QuackeryRelatedTopics/nccam.html).

Skeptics may know him as one of the founders of the National Council Against Health fraud, and later as Editor In Chief of the Scientific Review of Alternative Medicine, an on-line, peer-reviewed medical journal. He was a Fellow of the Committee for Scientific Inquiry (CSI), the successor to CSICOP, the Committee for the Scientific Investigation of Claims of the Paranormal. He also blogged at Science Based Medicine (posts can be found at https://www.sciencebasedmedicine.org/?s=sampson ) and published extensively on the Quackwatch website and in Skeptical Inquirer. This was in addition to his professional publications in the New England Journal of Medicine, the Medical Journal of Australia, and Pediatrics. A list of selected skeptical publications can be found at the Institute for Science in Medicine, an organization of which he was a Founding Fellow, at http://www.scienceinmedicine.org/fellows/Sampson.html. He also co-edited, with Lewis Vaughn, the Prometheus book, “Science Meets Alternative Medicine: What the evidence says about unconventional treatments”.

Wally made many radio and TV appearances and gave presentations on medical pseudoscience both locally and nation-wide. He presented his views before professional and skeptical groups, and was featured in a segment in the award-winning PBS science series, Scientific American Frontiers (“A Different Way to Heal” http://chedd-angier.com/frontiers/season12.html ). Wally presented workshops for ten years at the annual CSI-sponsored Skeptics Toolbox in Eugene, Oregon, where his depth of knowledge as well as his good humor made him one of the favorites of the attendees. He was one of the first speakers invited to present for the inaugural SkeptiCal in 2010.

Dr. Sampson was born and raised in Hollywood, CA. He did his undergraduate work at UCLA and received his MD from UC Berkeley and UCSF, where he served his residency training in Internal Medicine at Moffat Hospital, UCSF. He then went on to specialize in hematology, oncology and pathology. He and his wife Rita, an RN, met during his internship in Minneapolis. Following military service and other residencies, they moved to Los Altos, and have remained in the same house – battling raccoons that insisted in establishing residence in their attic — for over 53 years.

Dr. Sampson began his medical career at the Sunnyvale Medical Clinic. He then went into private practice in Mountain View, CA. Wally left private practice in 1991 to head the Division of Oncology at Valley Medical Center in San Jose until 1997. In retirement he accepted a professorship (Clinical Professor Emeritus of Medicine) at Stanford University where he initiated “Holistic Medicine”, a course analyzing false claims, accenting alternative medicine. It was the first such course at Stanford. He also taught an alternative medicine course at Stanford for several semesters. Given local Bay Area enthusiasm for pseudoscience, his views may not have been very popular in Northern California. Nonetheless he defended them locally and nationally with a deep knowledge of medical science, and excellent communication skills.

Wally leaves his wife Rita, his brother Sandy, his 5 sons, Robert, Paul (Suzanne), Buck (Kathryn), Dan (Dolores), and David, and 9 grandchildren, Peter, Rachel, Julia, Annie, Lorenzo, Lila, Rebecca, Maya and Ryland. While raising their children, he loved the long adventurous trips that Rita would plan for the family, traveling for a month or more at a time in a small RV. In later years he and Rita traveled extensively, and every year or two would still vacation with their large extended family which was the highlight of his later years. Wally enjoyed spending weekends at his residence in Aptos, CA and long walks on the beach with Rita.

There are few people that can compare to our friend Dr. Wallace Sampson. He leaves many patients whose lives he touched and who admired him greatly. He was a praiseworthy and amazing person who led a remarkable life as an honorable and respected human being. We will miss our friend, but we will always remember his many accomplishments, and his many admirable personal qualities. The family asks that other admirers please consider making a donation to their local Humane Society or other animal welfare agency in Dr. Sampson’s name.