Greetings to YOU, a defender of science,

Juxtaposing “teenage girls” with “badass” is an attention-getter, yet anyone who has survived living with a teenage daughter knows there is a fair amount of truth to it. Let’s continue with ‘juxtapositions’ a bit further. Please have fun watching this video which involves chemistry/alchemy, rubber ducky/Frankenstein, and Vincent Van Gogh/Ms. Shelley. [However, Mary and Percy may not have been closer than a few kilometers from Castle Frankenstein; hard to know.]

Another juxtaposition in the news this week was the announcement that “wild polio” has been eradicated in Africa, but cVDPV2 polio still circulates in 16 African nations. Huh? Here is an example of a ‘vaccine gone wrong.’ A version of the oral polio vaccine mutated into a viable virus called “circulating vaccine-derived poliovirus type 2” or cVDPV2. The desire to avoid such an undesired consequence is one reason why scientists are reluctant to use a vaccine against SARS‑CoV‑2 until its safety is assured.

¿How about “Sanctuary” contrasted with “Devastation”? Such was the case when the Ventana Condor Release Site went up in flames from the Dolan Fire on August 21st with the CondorCam transmitting until the end. Volunteers are rebuilding the site and could use help.

I knew that prion diseases are caused when a misfolded protein catalyses the misfolding of ‘correct’ proteins. But . . . (you were waiting for the “but,” weren’t you?) . . . a lot of physiology depends on proteins folding into different shapes. An example came to my attention this week: protein ELF3 has a prion-like component that  folds itself into one of two conformations depending on temperature. This in turn regulates the plant’s ‘decision’ whether to flower. Good and bad prions?

We agree that ‘flat-earthery’ is an affront to science . . . (wait for it) . . . but . . . Sabine Hossenfelder has an interesting take on flat earth believers. She compliments them for their use of inductive and deductive reasoning to support their stance. [This link will allow you to watch her presentation and/or read her script.] They are wrong, she notes, since they do not trust evidence that other people have collected before them. ¿Why sphericity? Probably implicatory denial.

¿Do I have more juxtapositions for this week’s SciSchmooze?

From a personal perspective, i could contrast the air inside with the air outside. We closed all our windows and turned on our three air filters two weeks ago. Stepping outside is a sensory reminder that wildfire history is being made. I parked my car with the windows open a couple of centimeters so the entire interior is now coated with specks of ash.

My picks for the week (remember to pre-register):

I do not want to close without mentioning the turmoil, locally and around the world. It is no longer enough, indeed it has never been enough, to be non-racist.

Make this coming week one that you and others will look fondly upon through the coming years,

“Through our scientific genius we made of the world a neighborhood, but we failed through moral commitment to make of it a brotherhood”
— Rev. Martin Luther King, Jr. 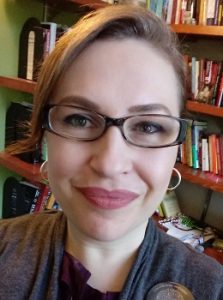