Celebrating Mothers with the SciSchmooze

Today is Mother’s Day, that day where we honor mothers everywhere. I had always thought that, while certainly mothers are worth celebrating, the day itself was the invention of the hospitality industry. Not so!

According to historian and fellow Substack writer Heather Cox Richardson, Mothers’ Day started in the 1870s as part of women’s efforts to gain power and change modern society. A very interesting read. Professor Richardson’s daily writings offer an historical perspective on modern politics and life and I highly recommend subscribing to her newsletters.

Unfortunately, it seems this fight for womens’ rights is never ending. This week, a draft decision by the Supreme Court on Dobbs v. Jackson Women’s Health Organization that would overturn Roe v. Wade was leaked to Politico. Reaction has been swift and loud, from both sides of the issue. But this is bigger than just abortion. It signals potential attacks on many things we assume are “rights”, including the right to be with who we want to be with, the right to birth control, and more.

Also significant is the outrage from Justice Roberts over the fact that the leak happened. Roberts seems to be more interested in finding and punishing the leaker than the fact that the court appears to be ready to overturn Roe v Wade, which has been law since 1973. Remember that every one of the justices on the court gave testimony in their confirmation hearings under oath where they said that they were not interested in relitigating existing decisions, specifically Roe v Wade. Should this decision actually come out as written, the justices could face purjury charges and impeachment.

For more on the logic used in the draft to define what the Fourteenth Amendment to the Constitution actually protects and the fallout from the draft, I again turn to Professor Richardson in her newsletters of May 4 and May 5.

Next Sunday there will be a total lunar eclipse and, for a change, it will occur at a reasonable hour for those of us on the west coast. Several local organizations are having watch parties, including one on Stanford’s campus. Or you can just walk outside and take a look. The best times to watch will be between 8:30 and 10:00 pm. Remember, you don’t need any special glasses or protection to watch a lunar eclipse. Those precautions are for an eclipse of the sun, not the moon. For more information on this eclipse, and lunar eclipses in general, see this article, but note that the times given in it are for the UK, not the US.

As if Russia isn’t causing enough problems here on Earth, one of their spent rocket motors exploded in orbit this week, adding to the cloud of space junk that endangers satellites and other objects. And this isn’t the first time it has happened. At least 54 of these have exploded before! The US Department of Defense tracks more than 27,000 pieces of space debris. Seems we humans can’t go anywhere without making a mess!

Space fights back though. A meteor fell to earth over Mississippi on Wednesday, and fragments have been found on the ground.

A significant announcement is coming from the Event Horizon Telescope Collaboration on Wednesday, May 12. It has to do with our home, the Milky Way, but that’s all we know so far. This same group provided the first image of a black hole in 2019.

Health and the Environment

The UN’s Global Assessment Report has sounded an alarm that humanity’s faulty perception of risk has set us on a “spiral of self-destruction.” Our lack of disaster prevention efforts and failing to act on issues such as climate change contribute to this dark view.

The corona virus is getting closer to acting like a seasonal virus, such as the flu. But it isn’t there yet. Cases are increasing in California, and, for the first time, the Bay Area is trending worse than the rest of the state with case rates almost 3 times what they were in March.

Using artificial intelligence, an algorithm has been developed by researchers at the Mayo Clinic that detects asymptomatic heart disease, using data from Apple Watches.

COVID-19 has affected much more than just health. One huge impact has been on the education of children. New research shows just how high the costs of long school closures have been on students’ progress.

I have written here many times about the importance of clear, concise communications from officials to the public regarding health issues such as COVID. It seems the federal government still can’t put out a consistent message, this time with vaccinations for children under 5 years old.

As the West continues to suffer through an historic drought, here in California we are beginning to realize that we’ll never get back to normal, and that our water shortage is permanent.

Ending on a positive note, on April 30 California reached a milestone. For the first time, nearly 100% of the electricity used in California came from renewable sources, with two-thirds coming from solar sources.

I’m filling in for Herb this week as he takes a well deserved vacation. David will be here next week. 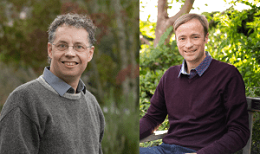 WHAT: Calling Bullshit: The Art Of Skepticism In A Data-Driven World

Today’s world is more thoroughly quantified than ever before. We are awash in numbers, statistics, figures, algorithms, and data graphics. Quantitative information is power: it is used to convey objectivity, to strengthen arguments, and to inform decisions—and all too often it is used to impress, overwhelm, and persuade without any conviction to truth. Fortunately, one doesn’t need an advanced degree in statistics or computer science to see right through the vast majority of quantitative misinformation. Drawing on examples of misleading claims from the COVID pandemic, misuses of artificial intelligence and other world events, we will empower you to push back when confronted by numerical arguments and data-hungry technologies. By focusing attention on the data sources and their weaknesses, rather than on the complex and often obscure algorithms and statistical procedures, you can see through the hype and hold your own against those who would sell you digital snake-oil.

WHO:  Carl Bergstrom is a professor of biology at the University of Washington and a faculty member at the UW Center for an Informed Public. Trained in evolutionary biology, mathematical population genetics, and infectious disease epidemiology, Carl is perhaps best known for working crossing field boundaries and integrating ideas across the span of the natural and social sciences.

WHO:  Jevin West is an Associate Professor in the Information School at the University of Washington. He is the co-founder of the new Center for an Informed Public at UW aimed at resisting strategic misinformation, promoting an informed society and strengthening democratic discourse. He is also the co-founder of the DataLab at UW and Data Science Fellow at the eScience Institute. 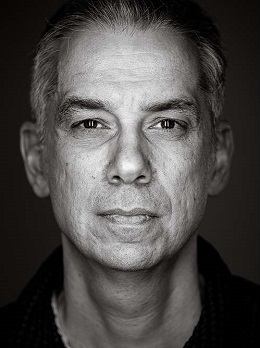 WHAT:  How to Talk to a Science Denier – Conversations with Flat Earthers, Climate Deniers, and Others Who Defy Reason
It is sometimes claimed that trying to convince a science denier with facts will only backfire. The latest research, however, shows that this is mistaken and that there ARE effective techniques that can be used to keep someone from becoming a science denier and even help them to overturn mistaken beliefs once they are formed. The secret lies in recognizing that even empirical beliefs may be held for reasons that have nothing to do with evidence, such as personal values, trust, ideology, and group identity. The best way to convince someone in this case is not to insult them — or clobber them with evidence — but to engage in calm, respectful, patient conversation that simultaneously builds trust and encourages them to reflect not just on what they believe but the reasoning strategy that brought them to believe it.

McIntyre is the bestselling author of POST-TRUTH (MIT Press, 2018) — which was named a Book-of-the-Week in April 2018 by CNN and a Best Book of 2018 by the PBS News Hour — along with thirteen other works of fiction and nonfiction, including DARK AGES: The Case for a Science of Human Behavior (2006), THE SCIENTIFIC ATTITUDE: Defending Science from Denial, Fraud, and Pseudoscience (2019), and his latest book HOW TO TALK TO A SCIENCE DENIER: Conversations with Flat Earthers, Climate Deniers, and Others Who Defy Reason (2021). His work has been translated into thirteen languages.

McIntyre’s popular essays have appeared in the New York Times, Washington Post, Boston Globe, Baltimore Sun, Nature, Newsweek, Scientific American, The Chronicle of Higher Education, and numerous other venues. He has appeared on CNN International on Amanpour and Company — and several other programs on PBS, NPR and the BBC — and has spoken at the United Nations, the Aspen Institute, and the Vatican.In 2021, McIntyre starred in the docu-series INFODEMIC: Global Conversations on Science and Misinformation, broadcast on LINK TV and PBS. 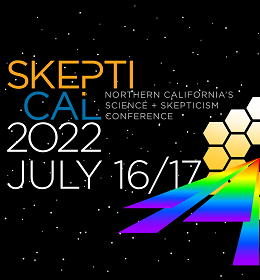