Hello Science Fans looking to fuse and not to fuse…

There was a major story in science this week that you have probably heard about. For the last 60 years it has been 20 years away. I have been struggling with how to write about it or what to say. There have been so many statements and explanations that I think missed some of the key points I was getting frustrated. One of the worst was hearing a reporter on a national news network saying something to the effect of ‘fusion is what makes the stars twinkle’, I was speechless. I was saved by Desiré Whitmore, PhD, explO Physicist Educator, aka Laserchick! (One of many reasons why I love and support the explO!) With her permission I am sharing the email she sent to staff explaining what all the hubbub is about.

Here’s the complete email, which made my job a lot easier this week!

I don’t know if you heard the official announcement yesterday, but the National Ignition Facility (NIF) at Lawrence Livermore National Laboratory (LLNL) has finally achieved a nuclear fusion reaction that produced more energy than it used!! Nuclear fusion is when you combine two or more atoms together to fuse into a larger one (like the crystal gems!). This process generates a HUGE amount of energy, mostly as heat. If we can capture and harness that energy, we will be able to create carbon-free energy and power our planet in a much more sustainable way.

This is a huge deal, and I am super excited because it means that not only are we on our way towards generating clean energy, but we are closer to understanding the fusion processes that power stars, like our Sun! While this is a big breakthrough, we still have quite a ways to go to achieve clean energy, or even break even on all the energy that goes into powering the NIF. That said, this is a monumental achievement.

This experiment works by creating a fuel out of different isotopes of hydrogen and igniting that fuel with 192 LASERs in a giant chamber! Here is a photo of the chamber while they were installing it last century (1997). Each of those circles is a place where either a LASER or a detector can penetrate the chamber.

The container that holds the fuel is super tiny, the size of a peppercorn, and is held by a giant arm inside of this chamber. Here is a pic of the inside of the chamber, with the fuel at the tip of the arm. You can see the technicians in bunny suits for scale.

This is not the most energy ever created through fusion–that goes to the UK Atomic Energy Authority’s Joint European Torus in Oxford which uses giant magnets instead of LASERs, and generated 59 MJ earlier this year. But this is the highest ratio of energy generated to energy used through nuclear fusion–we produced 50% more energy than we put in, at 3 MJ. Now, this is only measuring the LASER power itself. LASERs actually require a TON of energy themselves to power (300X more than what we got out), and we have a lot of work to go before we break even there. Here is an infographic demonstrating the energy in and out in this reaction (fun fact: hohlraum is the container that they hold the fuel in, and when I was working there, they were considering using spider silk!).

And just for fun, here is a pic of 1/4th of the LASERs tubes at NIF, the entire facility is as big as 3 American football fields! Again, workers are there for scale.

Thanks for reading along if you are still here. As you can tell, I am pretty excited about this announcement. If you ever want to chat more about this discovery or the NIF, where I got to work in the summer of 2017 to train their LASER technicians, feel free to come find me or reach out.

Have a groovy week,
Desiré

Desiré’s images can be found at the NIF photo-gallery and NIF surpasses long-awaited fusion milestone.

There isn’t much on the calendar for the next couple of weeks. There are still a few options worth your attention though.

After Dark: See for Yourself is on Thursday, and there are 3 cool options on christmas eve!

You might want to consider something different… Join with other science aficionados and skeptoids for free-ranging discussions at a virtual Skeptics in the Pub Wed 12.28

Of course there are new discoveries and discussions of old ones on the web, check some of them out…

Conversations about famed scientists who held troubling views on race should center not on cancellation but on progress. Checkout the whole series of articles at The Persistence of Race Science

Don’t assume that the drought is over because of some wonderful rain. We still need more alternatives to using water that nature needs. How about the fresh water that exists as vapor above oceans.

I’ve never been a big fan of fireworks. Now I have a reason!!! New Year’s fireworks can give migratory birds a surprisingly long hangover

You can find STEM absolutely anywhere, even during the Christmas school holidays

It was 1.4 million miles! Coming to your neighborhood this week!

Here’s one more take on fusion.

This is the slowest time of year for informal science learning options that we have to list. The next edition of the SciSchmooze is due on christmas day. So we have decided to let Bob take a well deserved break as the foundation and backbone of the SciSchmooze.

Have a great set of holidays but don’t stop supporting science and rational thinking.
herb masters 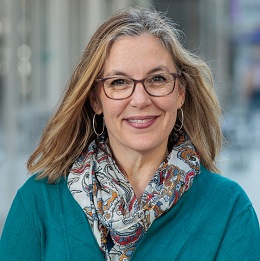 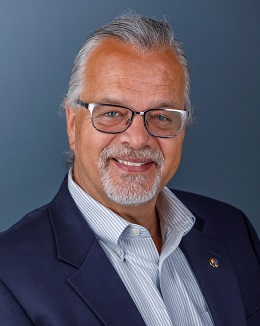