SciSchmoozing Through Time and Space

A 150,000-year-old skull found in China is described in a journal this week. The skull is not Homo sapiens. The authors chose to name the species Homo longi but many scientists suspect the person was Homo denisova.

Just eleven years ago, it was announced that novel DNA was sequenced from a girl’s finger bone found in a Siberian Altai Mountain cave that had been the home of a Russian hermit named Denis. The bone was about 60,000 years old, so nobody blamed Denis for her demise. The girl was not Homo sapiens nor was she Homo neaderthalensis, although both her ancestors and Neanderthals had been using Denis’s cave for over 200,000 years. It has been suggested that the girl’s species be named Homo altaiensis after the Altai Mountains, or Homo denisova after Denis the hermit. Just two years ago, a Denisovan jaw bone was identified from a cave a thousand kilometers away in China. It is now certain that Denisovans, Neanderthals, and ‘modern’ humans all interbred in various global localities. So it goes.

I was fortunate to spend June Solstice in Anchorage, slightly south of the Arctic Circle. Judging by car traffic, i was not the only one reluctant to retire while the Sun was still up.

Rides into space are coming. Virgin Galactic received approval from NASA to take paying passengers up above 80 kilometers. Tickets are $250,000 each. Blue Origin auctioned off it’s first ticket to take a passenger up above 100 kilometers for $28 million. The founder of Blue Origin and of Amazon, Jeff Bezos, will be on the same July flight to space and over 120,000 people have petitioned to keep him there, although no one has figured out how that can easily be done. Space Perspective will take passengers up above 30 kilometers using a hydrogen-filled balloon for $125,000 each. You can reserve your seat for $1,000. Their first ascensions are planned for late 2024.

My Livestream picks for the week:

Some scientists are looking forward to using electricity and microbes to make food out of air. I’m sure that won’t compare to the fresh blueberries i had this morning, but maybe it will compete with the breakfast cereal i had with the berries. If electricity becomes sufficiently cheap – say from fusion or geothermal sources – then the process would help reduce the level of CO2 in our atmosphere.

Potpourri: I first heard about axolotls when i was a kid, and i’ve been hooked ever since. A new way to create a ‘warp drive’ for traveling faster than light was just published. Here is an overview of life expectancies. ¿Ever heard of World War I Moss Drives? ¿Have you ever wondered why school buses are universally yellow?

Enjoy your week – nobody else can do that for you,
Dave Almandsmith, Bay Area Skeptics

“In the beginning the Universe was created.
This has made a lot of people very angry and been widely regarded as a bad move.”
― Douglas Adams, English author (1952 – 2001) 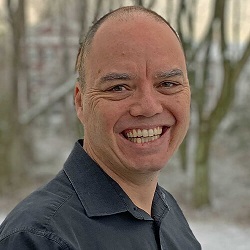 WHAT: What To Do About Misinformation (in Four Dimensions)
Misinformation is a complex problem pervading many aspects of society, with technological, psychological, social, and cultural aspects. Countering misinformation requires tackling the many-headed beast from a variety of disciplines and directions. The 4D Project synthesizes four research themes: Detect, Deconstruct, Debunk, and Deploy. Detection involves training machine learning models, in collaboration with UK-based political scientists, to automatically detect and categorize climate misinformation in real-time. Deconstruction uses a critical thinking methodology developed with University of Queensland philosophers to analyse and identify reasoning fallacies in misinformation. Debunking can take a variety of forms, and Cook will outline his collaboration with US-based communication researchers to experimentally test different approaches and improve psychological understanding of misinformation correction. Deployment involves putting into practice the theoretical insights from the first three themes. For example, the Cranky Uncle game, developed with the U.S. creative agency Autonomy, combines critical thinking, inoculation theory, and cartoons in the form of a smartphone game that builds players’ resilience against misinformation.

WHO: John Cook holds a Ph.D. in cognitive science from the University of Western Australia. Currently he is a postdoctoral research fellow with the Monash Climate Change Communication Research Hub. His research focus is understanding and countering misinformation about climate change, with an emphasis on using critical thinking to build resilience. In 2007, he founded Skeptical Science, a website that won the 2011 Australia Museum Eureka Prize for the Advancement of Climate Change Knowledge. In 2013, he published a paper quantifying the 97% scientific consensus on climate change which was highlighted by President Obama and UK Prime Minister David Cameron. In 2015 at the University of Queensland, he led the development of a Massive Open Online Course on climate science denial, that has received 40,000+ enrollments from over 185 countries. He co-authored the college textbooks Climate Change: Examining the Facts and Climate Change Science: A Modern Synthesis, as well as the book Climate Change Denial: Heads in the Sand. In 2020, he published the book Cranky Uncle vs. Climate Change applying critical thinking, inoculation research, and cartoons to engage and educate readers about climate misinformation. He is also a recipient of the Friend of the Planet award from the National Center for Science Education in the US. 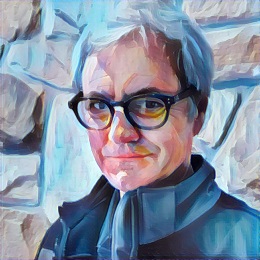 WHAT:  Que Sera, Sera. Is the future ours to see? The Great Australian Psychic Prediction Project.

For more than 10 years, Richard Saunders has been compiling and researching psychic predictions made in Australia covering the years 2000 to 2020. With over 3000 predictions in the database, what conclusions can we draw about those who claim to be able to see into the future? How many of the thousands of predictions turned out to be on the money, how many were too vague to score and how many were just plain wrong? This talk will also detail the work of Richard’s online team of researchers from around the world, including the Bay Area, who have for over a year met each week to pour over and mark the predictions. A sneak-peek into the results of the project before official publication.

WHO: Richard Saunders lives in Sydney, starred as the “Skeptical Judge” on two seasons of the TV show “The One: The Search for Australia’s Most Gifted Psychic.” He is also the host of the weekly podcast “The Skeptic Zone,” now in its 14th year. Richard is also an origami expert and children’s author, CSI Fellow and life member of Australian Skeptics.